Despite the organ loft being kept locked, at some point towards the end of August 2019, an unknown (and unauthorised) person seems to have accessed the inside of the organ and, in so doing, moved along the central passage board of the Great Organ, catching and damaging the resonators of  seven of the treble pipes of the Great 16′ Trombone.  Whoever did this needs to realise that moving around inside an organ is hazardous in the extreme!  Some pipes were bent, others had snapped at the point where the resonator meets the block and, in one case, the entire resonator had parted company with the block.

Staff from David Wells Organ Builders responded immediately they were informed by accessing the church and removing the affected pipes for repair.  Whereas previous repairs by other builders had amounted to simply re-soldering the resonators to the block, in this case, new sleeves were made for the bottom of the resonators and the blocks re-bored to accommodate them, providing a stronger mechanical joint as well as the soldering.  The image below shows one of the affected pipes lying on the passage board; the reconstruction can clearly be seen, as can the proximity of the resonators of the smallest pipes to that passage board. 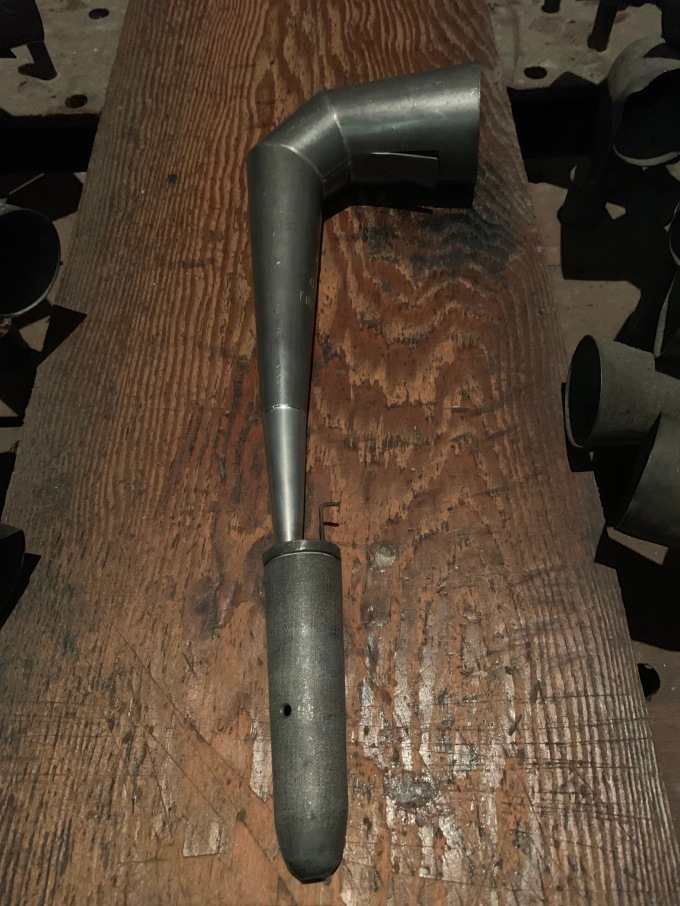